We use cookies to improve our site and your experience   Accept 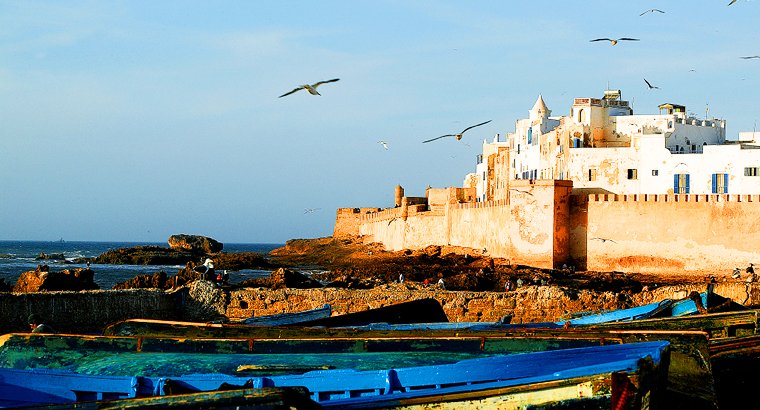 Essaouira is located 170 Km from the city of Marrakech along the Atlantic Coast of Morocco. Founded by the Phoenicians, it was one of the ports of Romain empire, the city then became the Portuguese colony during the seventeenth century. The visit of Essaouira Mogador according to the old name, starts from the port, dedicated mostly for fishing, one of the busiest parts of the city, and then you get to the city the door of the Navy and the Sqala. Essaouira had been classificated as a heritage of humanity by the UNESCO. The medina is surrounded by huge walls that protect it from winds and which was built on the Portuguese colonization. Essaouira is known for its typical handicrafts. The afternoon will be free to go to the beach or take a stroll along the beach if the wind is too strong. The beach is gorgeous and stretches as far as the eye can see. For those who wish, you can also take a boat trip in an hour and a door from one side of the bay, passing near the islands of Porpora. You can also visit a totally cooperative run by women, where the famous Argan Oil is produced. At sunset, return to your hotel in Marrakech.